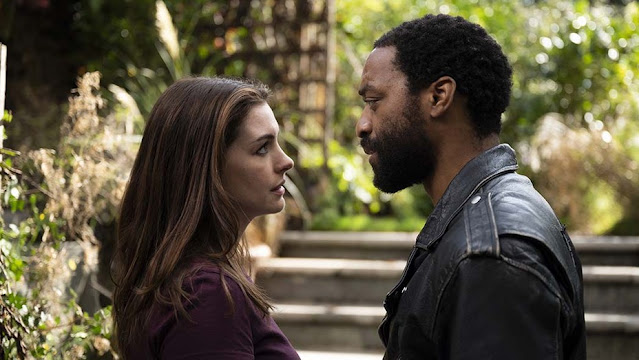 Advertised as one of the first official pandemic movies, both shot during and incorporating COVID-19 into its plotline, HBO Max's appropriately titled romantic caper, Locked Down, wouldn't appear by defiinition to provide a happy escape from reality given its topic. But you'd be forgiven for not knowing it actually isn't the first to tackle this topic, as the critically reviled Songbird attempted a similar feat some months ago with a sci-fi bent, resulting in a creative disaster that offended nearly everyone who saw it, and even some who didn't. Whether there's such a thing as "too soon" before subjecting viewers to this dramatization, the better question might be whether the pandemic's incorporation into a cinematic plotline has anything constructive to say about either the event or our reaction to it.

Locked Down does pass that relevancy test, even if it's best described as a light relationship drama, serving to confirm much of what we already knew rather than offering up any revelatory insights. One of those is that quarantine can be more of a stressor for some than others, bringing to the surface a myriad of issues not being directly addressed prior to this catastrophe. For its two main characters, this means endlessly getting on each other's last nerves and wallowing in their failures, both as a couple and individually, until a major opportunity comes along to shake them up. Most of it's handled well, even if you can argue its most exciting section is given the least amount of time and attention. Luckily, the protagonists seem real enough, played by two actors who together and separately are dynamic enough to overcome those faults.

Delivery truck driver Paxton (Chiwetel Ejiofor) and fashion company CEO Linda (Anne Hathaway) are a couple whose relationship collapsed prior to them being locked down in their U.K. home during the pandemic. Forced to continue sharing space together, a depressed and irritable Paxton gets a call from his eccentric boss, Malcolm (Ben Kingsley), asking him to step in and make some high-value deliveries under a false identity due to a shortage of drivers. Sensing the chance to finally move up the ranks and put his life back on track after an assault arrest 10 years earlier derailed him, he reluctantly takes the assignment.

Embroiled in a work crisis of her own, Linda is tasked by her oblivious superior, Solomon (Ben Stiller) to clear out inventory at a nearby Harrod's department store where she used to work. But upon realizing her schedule intersects with Malcolm's delivery, she knows he won't be able to get past the security checkpoint she set up there. Agreeing to help him get through, they contemplate a plan to steal a £3 million diamond from the Harrod's vault, replacing it with the replica. But before attempting to gain access, they'll need to summon the courage to actually go through with this operation, and somehow manage make a safe exit without getting caught, or strangling each other first.

After this and outings like 2015's The Intern, it's clear Anne Hathaway always impresses when playing CEO's and other similar Type A corporate personalities. It's an oddly specific skillset, but even trapped within the confines of a single location and planted in front of a screen for virtual meetings for much of the film's running time, it still shines through, with her baring the comedic load of these Zoom-centered scenes. Linda's an excecutive not completely comfortable in her own job or skin, which becomes apparent very early on when given the most unenvious of tasks, made that much more awful by the impersonal technological means by which she has to do it. A nervous wreck before, this meeting takes her over-the-top, drinking and smoking non-stop in hopes she can erase the person staring back at her in the mirror, a self-proclaimed sell-out she no longer recognizes.

Paxton is wound just as tightly, taking to the street to recite poetry aloud to his locked down neighbors and procuring drugs from his backyard garden. And both he and Linda seem more than happy to virtually share their relationship failures with best friends David (Dulé Hill) and Maria (Jazmyn Simon), who look on in awe at this implosion in the making. Ejiofor, usually known for essaying cool, calm, and in control characters plays Paxton as an unfocused dissheveled mess, but in many ways similar enough to Linda that it's inevitable they'd be on the outs before quarantine even started. And now they're stuck with each other for what could be an indefinite amount of time, having long lost touch with the people they were upon first meeting.

We know where this is going, as Paxton and Linda will attempt to pull off this heist together because, why not? It's by far the best, if not entirely most logical part of the film, assuming viewers aren't already burnt out by their lengthy monologues, virtual meetings and quarantine bickering by then. Still, it's hard not to be intrigued by the process behind their plan and wish there was even more of the actual heist than we get since Hathaway and Ejiofor are so good in those scenes with their back-and-forth, whether their characters are feuding, or on exactly the same page in working toward a shared goal in the film's last act.

A filmmaker synonomous with efficiently delivered mainstream action entries like Mr. and Mrs. Smith, Edge of Tomorrow and American Made, this marks somewhat of a departure for director Doug Liman in being smaller-scaled and more character driven than usual. A lot of that feels like a necessity, while also giving off the impression we would have gotten something similar anyway, regardless of the circumstances. It's also not the heist caper it was touted as, which is either a positive or negative depending upon your mindset going in. But with him being so skilled at depicting this admittedly smaller slice of the story, you wonder why he just didn't go ahead and make that movie instead.

Steven Knight's script seems intent on examining the effects of the pandemic through this couple, the worldwide health crisis providing less of a mere backdrop than the axis around which its entire story revolves. If a really well-off couple breaking the law to get even richer may not seem like the most socially resonant premise on paper, Locked Down is still fine for what it is, elevated greatly by its performances to end up a solid effort, if not necessarily the one we thought we'd get. That may not be an enthusiastic rave, but it succeeds in agreeably passing time that's been in longer supply than unusual. Consider it a measuring stick for forthcoming attempts at addressing the event, many of which will undoubtedly fare both far better and worse than this.

Posted by jeremythecritic at 10:13 AM 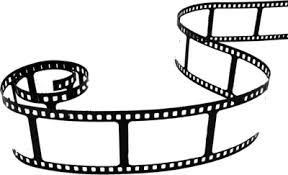 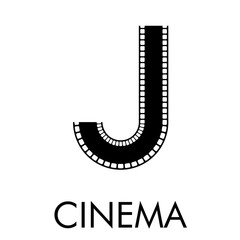