Burning Questions from the 2020 Oscars 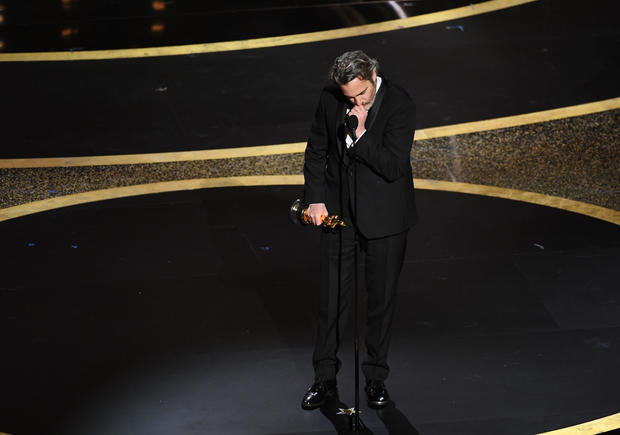 Do you cringe in fear each year wondering how they'll open the show?

Did this not disappoint?

When Janel Monae walked onto the Mr. Rogers set, did you think ABC was staging another one of their live primetime reenactments?

Did she just really dress up as the May Queen from Midsommar?

Did Midsommar really just get a musical tribute at the Oscars?

Is this actually happening?

Can you pinch me now, please?

Should I take everything back I ever said about the Oscars?

Did most of the audience at home probably have no clue what the hell was happening?

Shouldn't Midsommar have been nominated for...everything?

Or at the very least, costume and production design?

Is this the next best thing?

Can you believe I didn't review it?

Shouldn't we rectify that?

Or at least the best thing since Michael J. Fox showed up with Seth Rogen in a DeLorean?

Weren't those also costumes from Dolemite, Queen and Slim and Us?

Could the Academy possibly be apologizing for something?

Shouldn't Chris Rock be announced as the star of the upcoming Saw spinoff?

Were you thinking, "wait until Joaquin takes the stage?"

Did you know this was Pitt's second Oscar?

And that the other was for producing Moonlight?

Will an animated feature ever be nominated for Best Picture again?

First of many Kobe mentions?

After delivering that line about reloading Keanu's Matrix, should we blame them?

Shouldn't he have been introduced as the star of the upcoming Bill and Ted Face the Music?

Did we just hear Keanu read the Parasite script?

And wasn't that awesome?

Does any movie have more heat behind it right now than Parasite?

Are you glad they chose the Joker stair scene as its screenplay clip?

Is Taika Waititi the first director playing Hitler in his own movie to win a screenplay Oscar?

Isn't it The Neighbor's WINDOW?

Do you think the winners even care?

The Conners is still on?

Wasn't rewarding Once upon a Time in Hollywood's incredible production design the absolute right call?

Is Chrissy Metz delivering an Adelegram?

Anyone surprised by Laura Dern's win?

Did you think "this is probably gonna be good" when she took the stage?

What if I told you five years ago you'd hear, "I'd like to thank Netflix" during an Oscar acceptance speech?

After pitching a perfect 11 for 11 Oscar game so far, was I instructing no one to speak to me in the dugout?

Isn't it surprising they haven't done a movie song montage before?

Not a question but...La Bamba!

Didn't you just know I'd mention Huey Lewis and the News' brilliant "The Power of Love" from Back to the Future?

Is Eminem really on stage right now performing "Lose Yourself?"

Isn't it one of the best choices ever for Original Song?

Isn't it a shame they bleeped out three quarters of the song?

Wasn't it interesting to discover who in the audience were Eminem fans?

Am I looking at YOU, Brie Larson and Gal Gadot?

Isn't it fitting one of those damned sound categories ruined my streak?

Has anyone's scorecard ever survived those categories?

Am I kind of relieved I missed one?

Can I breathe now?

Doesn't Randy Newman have just the right voice for the types of songs he performs?

Does that make him the Bob Dylan of movie soundtracks?

Shouldn't Julia Louis Dreyfuss and Will Ferrell host (if we still had hosts)?

Are they rushing through the categories so quickly that it's becoming difficult to tell which they are?

It took this long to open an Academy museum?

Haven't they been talking about it for the past twenty telecasts?

Not a question but...Zazie Beetz!!

Doesn't "making good time" seem to be a top priority on this year's telecast?

Are you hoping that doesn't tastelessly apply to the In Memoriam segment?

Shouldn't we have known Rebel Wilson and James Corden would come out dressed as Cats?

Did those costumes look better than the CGI in the movie?

Did Sandra Oh just take a dig at Netflix?

Did that International Feature Film award just insure that Bong Joon Ho won't be returning to the podium later?

Why should the best foreign and animated films be jettisoned off into their own categories?

Can you believe that song was Rocketman's sole nomination?

Remember when Taron Egerton was being talked about as a serious Best Actor contender?

Does anyone under the age of 55 still watch American Idol?

Is it strange that I haven't heard of Taika Waititi until this year?

Has there ever been two more intrinsically linked creative collaborators than Elton John and Bernie Taupin?

When Bong Joon Ho was somewhat shockingly announced as Best Director, did you become a little less sure Parasite wasn't winning the big one?

Wasn't it cool of him give shout-outs to Scorsese and Tarantino?

Wasn't that a haunting "Yesterday" cover?

Has this show moved at a fast clip or what?

Are we getting used to this no host thing?

Did Colman's likability just remind us why?

Were you wondering which Joaquin Phoenix we'd get tonight?

Did you soon realize we'd be getting shy, nervous, babbling Joaquin?

As far as cause speeches go, wasn't it at least a little less painful than you expected?

How many Oscars would River Phoenix have by now?

Who ever thought we'd see Renee Zellweger on that stage again...accepting an Oscar?

Do you remember her talking with that much of a twang?

Am I the only one who still thinks Anne Hathaway could crush it as Judy Garland?

Who's that woman they introduced as Jane Fonda?

How many years in a row can I miss Best Picture?

Does this win mean that everyone can hate on Parasite now?

Are 1917 tribute sites popping up online as we speak?

Does this prove Parasite was so good that even the Academy couldn't deny it?

Were they really going to close the curtain on them?

Did you see Tom Hanks and Charlize Theron's reactions to it?

At this hour, who even cares how long they go?

Haven't they done a decent job condensing the telecast and moving it along these past two years?

Was anyone watching to notice?

Isn't it great to have a Best Picture winner that everyone actually seems to love?

Who thought the the Oscars could ever end before midnight?

Posted by jeremythecritic at 8:32 PM